Home Travel By October 2020, You’ll Need REAL ID or Your Passport to Fly... 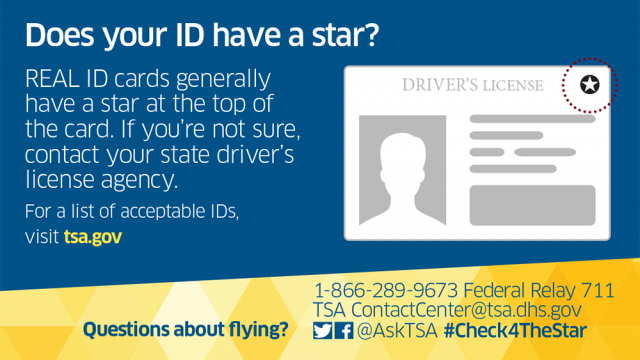 Millions of Americans may not be able to fly domestically when the REAL ID Act becomes law on Oct. 1, 2020, because they are unaware that the program requires them to have a REAL ID-compliant driver’s license or other approved form of identification.

According to the study, an estimated 99 million Americans may not currently hold the proper identification required to pass through airport security when the deadline hits. Because of this, the Department of Homeland Security wants to automate some parts of the application process, TravelPulse reported Nov. 8.

Despite efforts by Homeland Security and TSA to educate Americans about the issue, more than half — 57 percent — of Americans do not even know about the upcoming REAL ID deadline, the study found. To boost those education efforts, the U.S. Travel Association has developed a REAL ID toolkit with resources that can help explain the new security measure and its requirements.

Here’s what you need to know to help educate attendees flying within the U.S. to your event, come Oct. 1, 2020:

Remember, without one of the accepted forms of identification or a REAL ID-compliant license, individuals will not be permitted to enter TSA checkpoints and will not be allowed to fly. The TSA’s REAL ID page explains everything in detail, along with an FAQ page.

The study was created looking at the results of separate online self-completion surveys, one conducted in July 2019 and one in Sept. 2019 by the market research consultancy Longwoods International. Both surveys questioned 1,000 adults age 18 or older and the results were adjusted according to the most recent Census targets for age, gender, income, household composition, and region. Visit this U.S. Travel Association page for the full results of the survey, and the methodology used.

Travelers soon will start to see signs like this at airports, explaining the changing ID requirements for domestic travel in the U.S. (TSA)

16 Things to Know Before Travelling to Korea

16 Things to Know Before Travelling to Korea